Gotha is one of the cities in Florida where the population is relatively less. It is located between Windermere and Ocoee and enjoys a sub-tropical weather. Since the population is not much, the real estate properties are big and not over crowded. The life in Gotha is relatively peaceful and not like the fast paced life of the metropolitan cities. This city has been named after a city in Germany and hence has a lot of German influence. There are many houses and apartment buildings that are available in this city so if you’re looking to move here then your search for Gotha Homes for sale will provide you with numerous results.

Life in general in Gotha City

The city of Gotha in Florida was founded in the 1880’s by a German immigrant whose name was Hempel. He bought a few acres of the land here and named it Gotha, after his birthplace in Germany. He then advertised the place using pamphlets back home in Germany encouraging most Germans to move to Gotha to enjoy its warm climate and mild winters.

Since Gotha does not have many people living here, the population being merely a few thousands, it has huge acres of unused land which can be bought and developed. If you are looking for a pre-built house then you need to search Gotha Homes for sale and you’d probably find good homes which are spacious and complete with a green front yard. But if you want to build a house of your own, then you can invest in a plot of land in Gotha and eventually build a home on it. Most people who live there have independent detached homes which give you a lot of privacy. However, you can also find buildings with large apartments having three or four bedrooms.

As mentioned earlier, the city of Gotha experiences a warm climate most of the year which is interrupted by mild winters during December and January. Being in the tropical belt, it receives abundant precipitation throughout the year. The warm weather coupled with the rain makes the days pleasant and encourages the growth of a lot of trees. Most people who live here enjoy gardening and other environment related activities because of the favorable weather pattern.

This city provides you with all the basic amenities to live a comfortable life. The grocery stores and restaurants are well distributed and can be accessed by foot. There are schools and parks present at a reasonable distance and can be driven to or walked to depending on the place you live in. You can also use the public transport system to find you way around in Gotha. Since the population is less, the streets are less crowded and rarely will you be stuck in traffic jam. The noise levels in the city are low and hence life in Gotha is quiet and peaceful.

Welcome to the highly desirable community of Citrus Oak in beautiful Gotha, FL. This 3 bedroom 2 bath newly remodeled home is waiting for you to call it home! As you mak...

Thinking of a move to the beautiful Gotha area? This property is spacious inside & out! Rare oversized bedrooms and lot! Features in this 5 bedroom 3 bath home will impre...

This Extraordinary POOL Home is a MUST SEE, situated on a PREMIUM OVERSIZED LOT with NO REAR NEIGHBORS and the LARGEST YARD in the whole community that's FENCED IN and lo...

Welcome to this gorgeous two-story, five-bedroom, four-bath luxury waterfront home located in one of the most desired areas of Orange County. Built in 2016 and recently r...

Oversized 2.04 acre lot in highly sought-after Windermere/Gotha area, situated in the gated subdivision of Windermere Chase. This ready to be build lot has water, power, ...

It’s not often that you get the opportunity to buy your very own music studio, built to very high standards and modelled on the famous artist Sting’s very own studio, in ...

Build your dream home in one of Central Florida’s most desirable locations!!!!!! Bring your own builder! No HOA on a paved street. Just minutes away from charming Downt...

Pre-Construction. To be built. 3 acres of land in Gotha/Windermere. Property with this acreage at this value is hard to find. Nestled between the popular communities of... 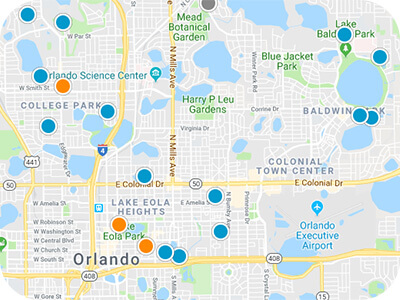 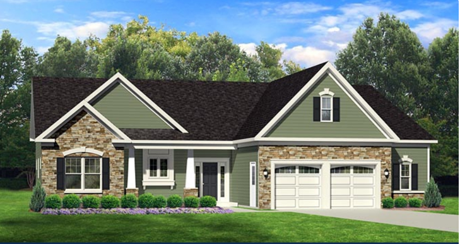 Working with Mark is a great experience, he is very professional and reliable!
- Elizabeth L.

Always there when I needed anything. Thank you for helping me sell my home and keeping me calm through the whole process.
- Dorthy J.

Mark Gankos provided outstanding service as a realtor helping us clarify our needs, research and identify viable properties, select a property and place an offer. He was open, honest, determined, and supported us throughout the purchase and ultimate rental of the property. It was a real pleasure and great learning experience for us. We recommend Mark without hesitation to help others with their realty transactions.
- Hilary L.